With the 1.1 BlueDevil version, the system tray has been improved adding new features as well of revising the usability, this is the new aspect: 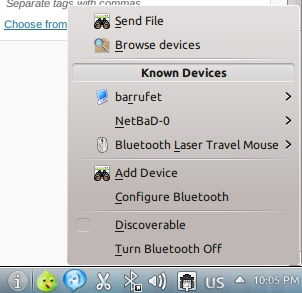 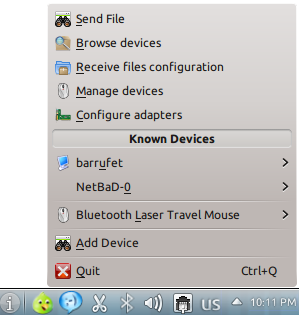 A few changes can be notice here:

We're now quite happy with our most important interface, its usage is fast and it is feature complete, because of that no new changes are expected, though we may work on a plasmoid to replace it, but that is at least for +2 versions.

And, here it is the mandatory video:
Direct Link